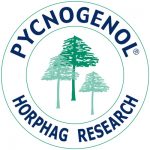 Most women of child-bearing age experience a variety of symptoms related to the menstrual cycle that may be limited to milder discomfort such as the pre-menstrual syndrome or extend to serious menstrual pain which seriously affects quality of life. The complete replacement of tissue lining the uterine cavity, the endometrium, during the menstrual period represents a wound healing process and involves inflammatory processes.The inflammation is initiated by prostaglandins developing during menstruation which causes uterine contractions and pain. Some women experience menstrual pain levels which severely interfere with daily functions and affects quality of life. In medical terminology this is known as dysmenorrhoea.

The prevalence of dysmenorrhoea is highest in adolescent women, with estimates ranging from 20% to 90% depending on the diagnosis standards applied [French, 2005]. For women dysmenorrhoea is the most common reason for absence from work.

Pycnogenol inhibits prostaglandins and is anti-inflammatory

The standard regimen for dysmenorrhoea are “over the counter” non-steroidal antiinflammatory drugs (NSAID) such as ibuprofen. These medications reduce menstrual pain efficiently and quite rapidly. However, these pain-killers have side effects causing gastric problems and other more serious complications, particularly when they are taken in high quantities as it is typical in dysmenorrhoea.

A clinical study has shown that consumption of Pycnogenol non-selectively inhibits cyclo-oxygenase (COX) enzymes, which are involved in synthesis of pro-inflammatory prostaglandins during the menstrual period. Already after a single dose of Pycnogenol both COX-1 and COX-2 enzymes are significantly inhibited in humans by 22.5% and 14.7%, respectively [Schäfer et al., 2006].

Other menstrual discomfort benefits and insights covered in the report: